The key to any negligence claim (as it is rooted in the common law), is to cite key authorities when bringing your claim. It is crucial that you seek legal advice at the outset of your matter. In our experience it is much more persuasive when lawyers send a letter before claim outlining key authorities related to the facts of your case.

The following is a guide to key UK judicial authority on tort law cases. The tort of negligence is deeply rooted in the common law and in decided cases. Our key to success as a professional negligence litigation practice is an understanding of the key case law comprising the judicial landscape. Tort is an evolving area with the courts developing tests to establish whether a duty of care exists, the definition of breach and the ambit of foreseeability and causation. Please click the case citations below to download a full transcript of the relevant case.

Please note that the information published on this website is: (a) for reference purposes only; (b) does not create a contractual relationship; (c) does not constitute legal advice and should not be relied upon as such; and (d) is not a complete or authoritative statement of the law. Specific legal advice about your particular circumstances should always be sought.

Mrs Donoghue went to a cafe with a friend who bought her ice cream and a bottle of ginger beer. The ginger beer contained a decomposed snail. Mrs Donoghue suffered from personal injury due to this and proceeded to claim against the manufacturer which was successful and resulted in the establishment of the modern law of negligence and the neighbour test.

A driver of a mini bus did not turn up to his shift. The mini bus was then stolen and the thieves proceeded to assault a woman by knocking her off her bicycle (she subsequently died from her injuries). The husband of the woman claimed that the bus company owed a duty of care, however it was found they did not owe a duty of care towards a third party.

Borstal officers were required to supervise young offenders who were working on Brown Sea Island, however the officers left the boys unsupervised. Several of the young offenders then stole a boat and crashed it into the yacht of the Claimant. It was found the Home Office owed a duty of care as they were in a position of control over the 3rd party who caused the damage which was considered foreseeable by the court.

The Claimant was pregnant and disembarked a tram, the defendant then got into a car accident on his motorbike 50 feet away and was killed on impact. The Claimant, a short time later proceeded to walk past where the incident had taken place and saw a large amount of blood where the incident had taken place, causing her to go into shock and her baby was still born. She brought a negligence claim against the Defendant’s estate however no duty of care was owed by the Defendant to the Claimant.

Caparo Industries purchased shares in Fidelity Plc with faith they would be successful as the accounts that the company stated showed the company had made a pre-tax profit of £1.3 million. However these accounts were not correct and in reality Fidelity had made a loss of £400,000. Caparo claimed Fidelity was negligent, however no duty of care was owed due to the insufficient proximity between Caparo and Fidelity. Caparo v Dickman is a key authority to cite when making submissions about proximity (which tends to be an argument raised by defendants in many negligence proceedings).

During a football match the Claimant suffered a broken leg after a challenge from the defendant. Both clubs involved were in the Leamington Local League. The Court’s question was as to the standard of care expected from a football player. The Court held that the standard of care varies according to the level of expertise of the player. The Defendant was in breach of duty as the tackle was considered reckless.

The Claimant (a fifteen year old boy), was with friends when he threw a piece of tree bark at his friend’s leg, the friend then threw the bark back at him, which consequently hit him in the eye causing serious injury. The Claimant contended that the injury was brought about by the negligence of the Defendant. The volenti non fit injuria defence was then raised by the Defendant however this was rejected and the judge held that the damages should be reduced by 50%.

A premature baby was given too much oxygen by a junior doctor. The baby was found to suffer from a condition damaging his retina which left him completely blind in one eye and partially sighted in the other. The excess oxygen could have been the cause of the impairment of his retina however other factors relating to the premature birth also could have been the cause. The judge found the Health Authority liable for negligence.

A two year old child suffering from severe breathing difficulties was admitted to hospital. During this time it was attempted to call an emergency doctor however her pager was not working due to low battery. The child died and the mother then brought up a claim that the doctor should have attended to the child which would have saved the child’s life. Evidence was given both by the doctor in question and another doctor showing that the child’s life would not have been saved if the doctor attended to the child. The judge held that there was no breach of duty. The Bolam test has subsequently become key case authority for the principle that although the law imposes a duty of care between a doctor and his patient, the standard of that care is a matter of medical judgement.

The Claimant suffered back pain for 6 years which became severe to the point at times she was unable to control her bladder or walk. After an MRI scan it was was reveled that there was a disk protrusion into the spinal column and she was therefore advised to have surgery. The surgery carried a 1-2% risk that the procedure could worsen the Claimant’s back pain further. Her consultant, Mr Afshar, failed to warn of the risks of the surgery. The Claimant submitted that if she knew of the risk she may not have gone ahead with the surgery and would have at least taken more time to consider her decision. The judge held that there was a possibility on another occasion the surgery may have been successful, therefore he found for the Claimant.

The Claimant was hit by the Defendant’s car causing him to suffer an injury to his leg. He suffered pain and loss of amenity and therefore had to take a lower paying job. He was forced to discontinue various employments as a result of his injury and then sustained further injury when working in a scrap metal yard. Furthermore he also got shot in the leg when two men attempted to mug him finally leading to the leg being amputated. The Defendant argued that the second injury was the cause of the amputation and therefore no loss suffered can be attributed to the defendant’s negligence. The House of Lords held that the Defendant remained liable for the loss of amenity and lowering earning capability even following the amputation.

Mr Jobling, a butcher, slipped on the floor at work and injured his back, due to negligence from his employer. His injury reduced his capacity to earn by 50%. Baker then went on to be unable to work completely when developing a back condition independent to his previous injury. The trial judge held that the Claimant was entitled to recover damages beyond the onset to the back condition.

The Claimant walked across a pelican crossing when the lights were red when he was hit by the First Defendant and fell into the path of the Second Defendant. He consequentially suffered from tetraplegia, however was unable to confirm which impact caused the tetraplegia. The judge held that all three were equally at fault with both defendants paying insufficient attention to the road. Damages were held at £596,553 and ordered the two Defendants to pay one third of that amount.

Two boys, aged 8 and 10, decided to explore an unattended manhole that had been left by workmen. The manhole was covered by a tent and surrounded by some paraffin lamps with the intention to warn of the danger. The boys took a lamp down the hole and created an explosion resulting in extensive burns. It was held that the explosion was unforeseeable however the burns the boys suffered was foreseeable.

The Claimant (who was a soldier) suffered severe injuries after a night out drinking organised by the Ministry of Defence (MoD) and army vehicle was used to transport the 19 soldiers who were very drunk. The senior officer in the front of the vehicle was unable to see what was going on in the back of the vehicle. The Claimant then attempted to climb from the tailgate to the roof however fell and was struck by a truck. It was held that it was foreseeable that the drunk men in the truck were more likely to suffer from an injury, however it was not foreseeable that the Claimant would climb onto the roof.

Two fourteen year old boys found an abandoned boat and decided to refurbish it. The boat was rotten and the council had put a warning on the boat, not to touch it and the owner needed to move it within 7 days however it was never taken away. The boys began working on the boat however after 6 weeks of working on the boat it fell on one of the boys causing the boy to become paraplegic. The Claimant issued a claim under the Occupiers Liability Act 1984. The trial judge found for the Claimant however the Court of Appeal reversed the decision, and held that it was foreseeable that younger children may play on the boat and suffer injury however it was not foreseeable that the older boys would refurbish the boat.

Following the death or her husband, a widow brought a claim against the Defendant under the Fatal Accidents Act 1976 for the death or her husband. The Defendant employed the husband and as a result of negligence he sustained an injury to his lip which contained pre-cancerous cells. The cells were triggered by the injury and three years later the man died from cancer. The judge held that the burn was foreseeable and that the defendant was liable for his death.

If you have a potential claim against a professional get in touch with us so we can assess the legal merits of your case. We often take on such claims on a no win no fee basis once we have advised you on the merits of the proposed professional negligence action.

We are a specialist City of London law firm made up of Solicitors & Barristers operating from the only law firm based in the Middle Temple Inn of Court adjacent to the Royal Courts of Justice. Our team have expertise in advising on claims for compensation against professionals that have fallen below the standard expected, which causes clients financial or personal loss. We are experienced in bringing successful claims against negligent solicitors, barristers, financial advisers, surveyors, valuers, architects, tax advisers and IFAs.

Just fill out our simple enquiry form; it goes immediately to our litigation team in Middle Temple, London. You can also call our lawyers on +442071830529 from 9am-6pm. 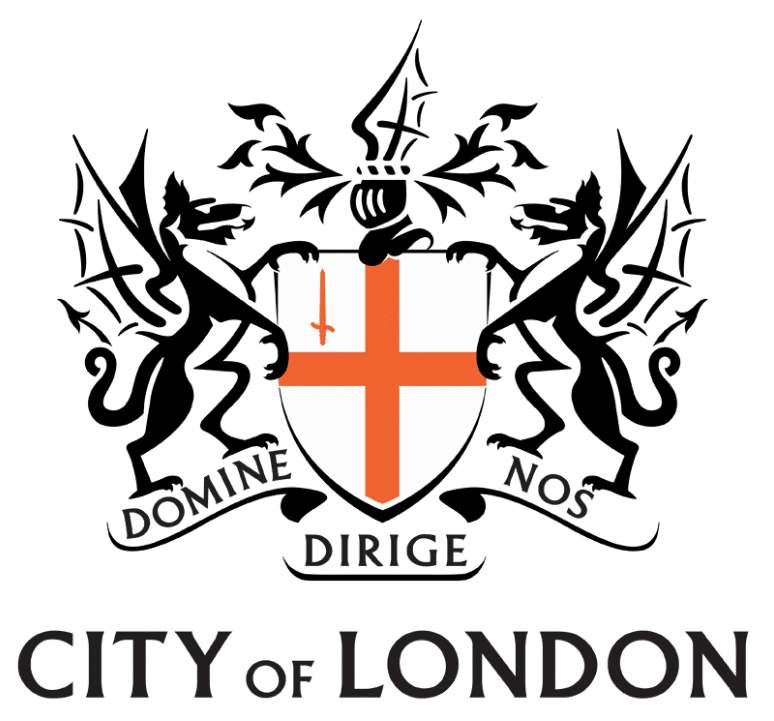 The information published on this website is: (a) for reference purposes only; (b) does not create a contractual relationship; (c) does not constitute legal advice and should not be relied upon as such; and (d) is not a complete or authoritative statement of the law. Specific legal advice about your particular circumstances should always be sought.